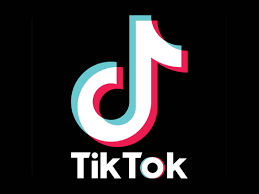 TikTok is a video-sharing social media network owned by a Chinese company. The social media platform is used to make a variety of short videos from genres such as dance and comedy. These videos can be up to one minute and no less than 3 seconds of entertaining content from creators all around the world.

One bad thing about Tik Tok is addiction. Tik Tok creates a platform that makes you want to just keep on scrolling and scrolling. It is designed in a way so that every time you see the app you want to click on it and see what’s new. On average users spend ¾’s of an hour on Tik Tok a day. Another bad thing is how addiction can lead to not getting school work done. If you have your phone near you every time you complete something you feel the need to grab your phone and go on Tic Tok. The more and more and more you are on Tik Tok while doing work, the more and more distracted you get and fall behind. This shows how Tik Tok is not a good app because it is super addictive.

Many teenagers look at Tik Tok as a social media platform to express themselves because of the freedom they have on the app. However, teenagers are blinded by their addiction and can’t see the real negative effects of this app. A study on Tik Tok shows that, “teenage and young adult users [are] shown to have a substantially (from 13 to 66 percent) higher rate of reported depression than those who spent the least time on the app” (The Dark Side of Tit Tok…). This proves how Tik Tok can be damaging to people’s mental health, especially young adults whose brains are still developing. Constantly scrolling on the app, looking at different men and women forces teens to compare themselves to these influencers. This can easily make teens feel like they’re not enough and have doubts about themselves or their appearance. It is awful to see how damaging these social media platforms can be to teenagers, and it is important to be aware of how much time you’re spending on Tik Tok so you don’t risk any of these negative effects.

To add on, Tik Tok consists of a wide variety of bullying specifically cyber bullying. On Tik Tok on every video there has an option to place comments on the video. However while most people try to choose kindness there is still a large percentage where hate is spread towards the creators of the video. A lot of times what happens is the creator posts a video on something they feel strongly about however others who don’t have the same opinion feel the need to spread their hate thoughts. This may lead to the creator feeling strong emotions from the bullying and cause them to feel alone or trapped on an island due to all of the viewers choosing to spread hate instead of supporting the creator. To give an example, many creators have been body shamed for their looks which is going to leave a negative effect on their opinions of themselves.

Additionally, many kids are being misinformed through Tik Tok as the app contains an abundance of false information. Due to the fact that many kids are attached to this app, they will subsequently believe everything they see. This can have an extremely negative outcome as they can use these videos as evidence when they speak out about important political issues, which will cause controversy.

There may also be lasting effects of Tik Tok on today’s youth. For example, bullying that was mentioned before can have lasting effects on children and this could be because of Tik Tok. If you are a parent and your child asks you to download this app, you have to make sure to think twice before handing the phone over because it could have some lasting consequences.