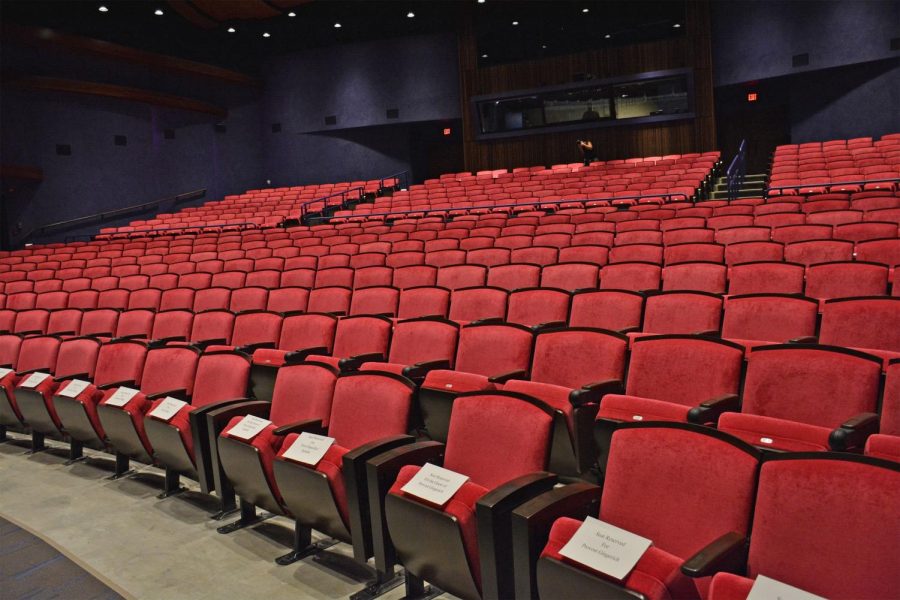 How do you perform a play in a pandemic? That very question has loomed over Edison Intermediate School (EIS) Drama Director Micheal Altmann and students who traditionally do EIS theater over the past few months. The answer is make it like everything else you do during COVID-19: make it virtual, and make it smaller (people wise). Hence, the EIS Fall Drama this year will instead be the EIS Fall Movie, casted and crewed by only EIS 8th graders. The show that we are doing will be The Complete History of Theater (Abridged). You will be able to watch the show by purchasing a URL that will allow you to watch the show wherever, but not whenever, for the movie will be live streamed on January 8-9 only.

As for the movie itself, The Complete History of Theater (Abridged) is a comedy show about the history of theater, told through the narrators, William Shakespeare (Bill) who is played by Charlotte Controneo, Constantine Stanislavsky (Stan), played by Olivia Gaffney, and Sarah Bernhard, played by Sienna Pastore. According to the director, Mr. Altmann, ¨The show has a very similar theme to Monty Python; The Holy Grail. In other words, the movie does not at all take itself seriously, with a constant 4th wall breaks, puns galore, and much more.

Other perks to doing a movie for the EIS Fall Drama is the new opportunities a movie brings. “Movie acting is very different from stage acting, and I am excited to learn different types of acting” to quote 8th grader Sienna Pastore, who will be playing Sarah Bernhard.

However, movies don’t just teach different kinds of acting. “You can do so much more with a movie than a play” said Mr. Altman.

For example, if you want a high number of different backgrounds, in a play you have to paint a whole other set, which could take weeks, but with a movie, all you need to do is switch locations. Lets not forget about the crew either. A movie brings up and objectively teaches even more skills for crew members then a play. To do a movie, you have to edit it, you need to learn about camera angles, plus the new skills with sets and lighting still exist.

However, a movie isn’t all sunshine and rainbows. For one, cast and crew members miss out on the community, and a play teaches public speaking skills, and lacks the big night, just to name a few. However, the EIS Fall Drama lives on in spirit to the movie, and the crew, cast, and directors will have to make the best of what they got, and hopefully make something great and unique in the process.