School uniforms get an F 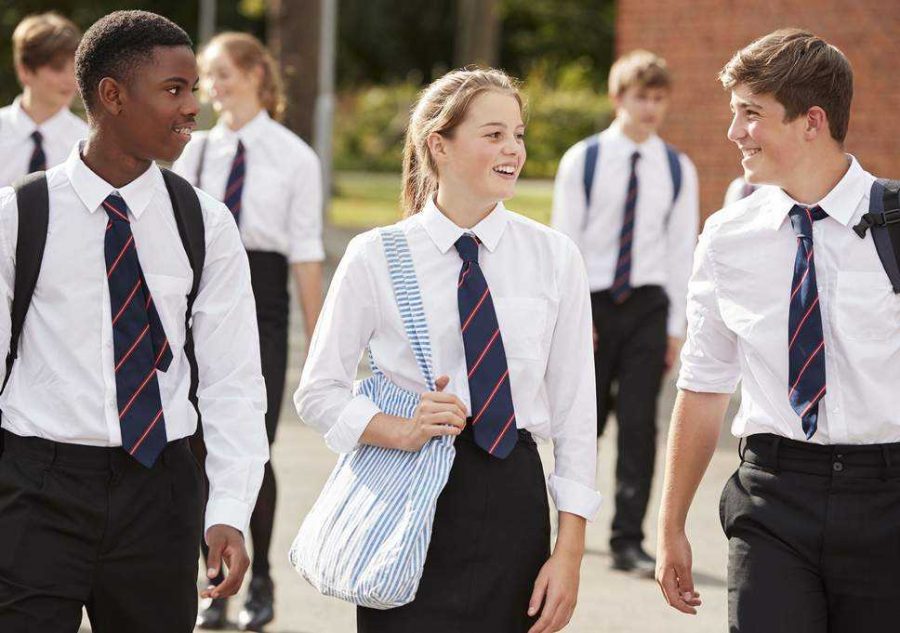 It’s Friday morning and you’re feeling really excited for school, but all the excitement goes away when you start to put on your dark, bleak, and itchy uniform. In many schools, both public and private, students are forced to purchase and wear uniforms assigned by their schools. Many advocates for these uniforms claim that they instill a sense of school pride and reduce behavioral issues, however, many people question the actual benefits of this requirement. Therefore, schools should not be able to require students to wear uniforms because they block students ability to express themselves and provide schools with too much authority.

To start, students should be able to express themselves through their clothes. For example, students might represent themselves and their culture through their appearance,  “In many cases, clothing is an expression of ethnic identity or religious belief. In other instances, clothing can be used to comment on society or express political dissent. For example, many students use t-shirts to voice their opinions. Requiring school uniforms effectively limits all such expression”(Foster and Geier). Thus, students would not be able to represent their opinions and beliefs because they would be confined to whatever their school wants them to wear. One could assume that at such a young age students’ only way of expression of religion, views, and culture would be through their clothes and appearance since they still don’t have many rights, such as the right to vote. Overall, school uniforms limits students’ ability to express their beliefs on various topics.

Also, schools don’t have the authority to assign students’ clothing choices. “Requiring student uniforms undermines parental attempts to train children”(Foster and Geier). Clothing has always been an opportunity for parents to connect and dress up their children. Schools should not have the authority to take that from children and parents. Schools are supposed to be for learning and teaching kids not for picking out their wardrobe. All in all, schools should not be able to choose what students are supposed to wear.

Some people may argue that school uniforms may solve social status and peer relations issues. Since everyone would be wearing the same clothes there would be no question about the latest trends and other superficial feuds. However, this would only apply for some students since a large amount of people would not be able to afford it. “According to Speak Out, the average cost of the school uniform is around $104”(Mayank). For some people, this is an outrageous sum of money to spend on clothes. One could assume that this might cause some to  feel left out and burdened by the price of uniform rather than happy that they’ll be wearing the same clothes as everybody else. All in all, school uniforms only place a burden on some students rather than relieving the burden of superficial standards.

In short, school uniforms prevent student expression, provide schools with too much authority, and don’t even relieve the burden of superficial standards in clothes for all students. Instead, we should allow students to express themselves through their clothing choices. However, in order to maintain order we can enforce school dress codes. This would allow students to have freedom in their choices while still respecting school guidelines. Think about it would you want to wear whatever your school forced you to?