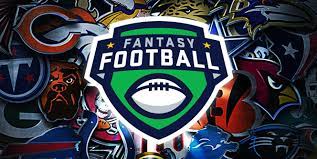 Everyone who loves fantasy football is very focused on it. Getting attached to players for entire seasons and following your teams along every Sunday is the fun in the game. At the beginning of the season, you draft a team of individual players. When a player you drafted gets yards, then your team gets points. If you get more points than your opponent for the week, then you win. You root for your players to score touchdowns and beat your opponents players. Depending on your record, you can make the playoffs against other players and then win the championship. Many leagues have a prize if you win, so drafting certain players is very important.

Since football is so unpredictable, a lot of people debate who the best players will be for the rest of the season moving forward. Carter Blatt, an eighth grade student at Edison Intermediate School (EIS) shared his thoughts on who will be the best quarterback for the remainder of the year. “I think Josh Allen will be the best quarterback for the rest of the year moving forward. And if Josh Allen could stay healthy, they’re going to be a Super Bowl contender for sure.”

After 10 weeks, Josh Allen is ranked at 3 in his position at quarterback and his schedule is easing up for the rest of the year. He has the potential to get to that number one spot.  Carter added, “Oh, who do I think will be the best wide receiver for the rest of the year moving forward? With Aaron Rodgers coming back, I would say probably Davante Adams.”

He is currently ranked 5th among all wide receivers and is averaging 18.8 points per game. Davante Adams is widely known as the best wide receiver in the league,

so this is a pretty good choice. Another player widely recognized as the best in his position is Patrick Mahomes. Mahomes is having a good year, but not as good as he can perform. Expect to see a lot of points from Mahomes coming up. At the moment, he is the #1 quarterback and has been having a bad year in his standards. He got a season high 36 points in week 10 and has maintained the best quarterback in the league.

Taylor is currently the #1 running back in fantasy and there are no signs of him slowing down. He just came off of his game against the Buffalo Bills where he scored over 50 points with 5 touchdowns.

Ryan also stated his opinion on who will be the best wide receiver. “I think it will be Tyreek Hill because the Chiefs are finally getting back into rhythm and he will benefit from that.”

Tyreek is currently the #2 wide receiver on the year and averaging 21.5 points per game. He has gotten 20 or more in three of his last four games.

EIS eighth grade math teacher Zachary Crutcher shared his thoughts on who to sell high (trade away) right now for the best value. “Tom Brady. I would sell Tom Brady the highest.”

Mr. Crutcher also told us his main “buy low” which means the person to get for cheap who will play well for you, “I’d probably go for Kyle Pitts. I don’t know if you can get him for super cheap right now but he’s very clearly like, just a wide receiver that can play tight end. He had two back-to-back games, 26.9 and 23.3 points in PPR. So if you have someone in your league who’s annoyed that he only had 3 catches for 62 yards on Sunday, and they’re like, whatever, just‘ give me some bad player like Dallas Goedert.’ Pitts is unreal and looks athletic, even compared to the best athletes in the NFL. And he’s only 20 years old like he’s gonna dominate the league forever,” he explained.

Kyle Pitts is a rookie tight end on the Atlanta Falcons. He was the 4th pick drafted out of Florida. For anyone in dynasty leagues or keeper leagues, take a long look at Pitts because he has the potential to be the next great. He is currently the 8th in his position and will only climb the rankings moving forward.

There are endless combinations and possibilities of teams and what will happen in your leagues. You can never rely on anything because football is so unpredictable. What you can do is listen to advice, and trust the opinions of people around you, who know what they are talking about or you can go with your gut and choose yourself. We hope you listen to our advice, and good luck for the rest of your year!