Entertainment is flourishing this fall 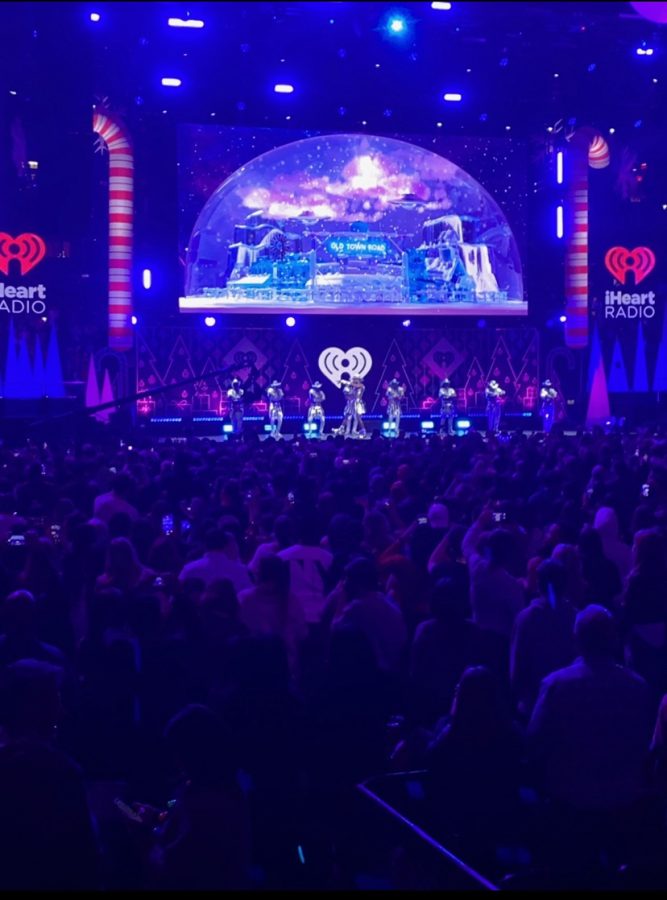 Students at Edison Intermediate School (EIS) have been experiencing exhilarating entertainment lately. After months of Covid-19 canceling many sources of thrilling amusement, EIS students are finally back to having fun again. There are countless different ways that students like to spend their time. Whether it is a sports game, concert, or even a Broadway show, entertainment is joyful no matter what you prefer. Eighth grade student at EIS, Hope Walsh, enjoys going to concerts. Specifically, Harry Styles’ concerts. She revealed, “It was super fun at the Harry Styles concert to see people having fun at concerts again.”

Besides Hope, many students have been going to concerts recently. Eighth grader at EIS, Courtney Carew explained, “I went to the Jonas Brothers concert at PNC. It was different during COVID because there were some people who didn’t want to be near anyone and we had to wear masks.”

As well as Courtney, sixth grader Abby Morris went to a Jonas Brother concert. “The concert was really fun. It was very different because of Covid. Everyone was spaced out and not many people could come which made it way different.”

To compare, some events are extremely cautious and require masks even if you are vaccinated. EIS seventh grader Lily Rotella expressed, “My brother and my dad go to comedy shows and they have to wear a mask even if they’re vaccinated.”

In addition to resuming liveliness, entertainment activities, school sports games and concerts are back in session. Sixth grader at EIS Gayatri Chakravarty adored going to her brother’s high school concert. She remarked, “I enjoyed how everyone was together in the chorus and how the music was playing loudly.”

Basketball games are back in full swing and many of our fellow EIS students have been attending. An EIS eighth grader named Hanna Sclar shared her experience. “I was in California for a teachers convention and went to a Lakers game. The Lakers lost, but it was still really fun. You had to keep your masks on the entire time, but there was no spacing. The stadium was super full.”

Also, EIS eighth grader Carter Blatt attended his favorite basketball team’s game. “I went to my favorite team, the 70 Sixers game. I had to wear a mask, but it was still fun. My sister performed before the game, so it was cool to see her dance.”

In addition to watching soccer and basketball, another very popular sport to watch is hockey. Hockey is an indoor sport with full stadiums, packed with dedicated fans. A sixth grader at EIS is delighted for hockey to be back. “I went to an Islander’s game recently. It didn’t change much since Covid, but there was a little spacing in the seats.”

All in all, entertainment is back and EIS couldn’t be appreciating it more. “I missed going to different sporting events during Covid. I am super excited that football games are back and I can watch the eagles play,” eighth grader Ashley Yenawine declared.