College tuition: a burden or brilliant? 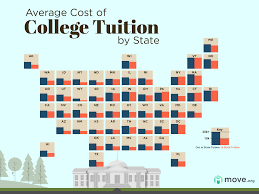 If you had the chance to change millions of kids’ lives and keep thousands of people off the streets, would you give that up? In this day and age, a college degree is essential to getting a job that pays well. Tuition fees can cost as little as $3,000 but can reach up to almost $40,000 to attend many public and private colleges around the country, and that’s before housing and transportation! Although taxes will significantly increase, college tuition should not have to be paid to receive an undergraduate degree due to the enormous decrease in student debt and reduced unemployment rate.

Primarily, students should not have to worry about paying off their debt all of college and for the next ten years. For instance, a poll from 2013 revealed that, “Nearly 60% of students graduating from college in 2013 had education-related debt. The amount owed in student loans in the U.S. is second only to the amount owed in home mortgages. Graduates with a large debt to pay back won’t participate in the economy as actively as others” (Dominique). This demonstrates the enormous burden that student loans are on young adults trying to start up their careers. One can assume that adults with student debt will have a tough time providing for themselves. With the student-debt factor removed from adults’ lives, managing life after college will become more practical. To sum up, college tuition is holding students back from reaching their potential.

Furthermore, having a college degree exposes students to a myriad of job opportunities. Specifically, a college degree gets students more than a diploma. “A college degree helps raise the standard of living by preparing students for jobs that pay better salaries, which in turn provides more tax revenue and personal fulfillment. Higher education levels are also associated with better health outcomes and greater community engagement” (Clapp and Driscoll). This indicates that not only does a college degree expand students’ job options, but it also develops fundamental skills to be able to succeed at a high-paying job. This illuminates that with a college education, young-adults will be able to thrive in various positions. In sum, a tuition-free college would ensure that many students get the same opportunity to flourish and advance in their area of expertise.

Some might argue that taxpayers should not have to pay for tuition that might not affect them. However, without students attending university, the economy will crash.” In 2019, the employment rate was higher for those with higher levels of educational attainment. For example, the employment rate was highest for 25- to 34-year-olds with a bachelor’s or higher degree (87 percent)” (NCES). This reveals that students with bachelor’s degrees are a huge part of the job market. Therefore, with more job spots being filled with college graduates, the rate of consumer spending would increase, which benefits millions of businesses that depend on consumer sales. If college tuition were eliminated, then this rate would proliferate. In short, taxpayers will profit from paying for education since the employment rate will rise.

All in all, college should be tuition-free because of the subside in student debt and the increasing number of jobs filled with young-adults. Despite taxes increasing, with more students receiving a college degree, the money will be paid back through consumer spending. To help the process of diminishing tuition at university’s advocates can peacefully protest and write to senators or state officials. In the future, tuition can be covered by the government and taxpayers, who will all receive their money back through various benefits. Overall, college tuition termination will work in all taxpayers’ favor and keep many brilliant adults off the streets.