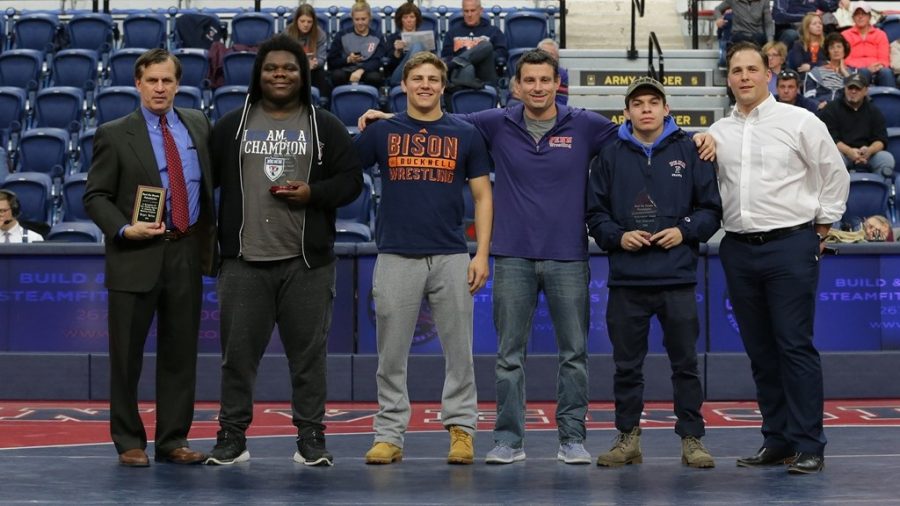 In 2009, Mr. Clinton Matter learned of a struggling wrestling team in Camden, New Jersey. “Their team had about 30 kids wrestle on a tiny 10 by 10 mat,” he recounted. Mr. Matter, his brother Brett, and a few of their friends decided to outfit that team with “the mats, the headgear, and everything else that was required to wrestle.” This same group of patrons started Beat the Streets in the aftermath of that decision. Today, Beat the Streets Philadelphia supports 1100 kids over 30 wrestling teams.

Beat the Streets Philadelphia (BTSP) is a non-profit organization providing “services from a wrestling standpoint and from a mentoring standpoint.” BTSP runs programs for kids of all ages as well as community and police athletic league programs and uses wrestling to teach students important life skills.

“The main goal is the idea of positively altering life’s trajectory,” described Mr. Matter. “We meet kids where they are, depending on what challenges they are facing, – sometimes those are very real food and security challenges, or teaching children very basic skills academically – and ultimately what our goal is is to be able to provide them the opportunity to change their life, to alter their life’s trajectory, and place them on a steeper development path.”

BTSPś commitment to ‘positively altering life’s trajectory’ is evident in varying graduation rates: In the city of Philadelphia, 60-65% of students graduate high school, while graduation rates at BTSP are close to 99%. Mr. Matter explains that for some athletes, graduating high school is a major victory. BTSP has helped other student-athletes go to Ivy League colleges. Mr. Matter believes “that it’s really critical to understand that you’re not going to have the same level of success across each individual kid, but allowing them to get to a spot where they otherwise would be unable to get to is our goal.”

One student athlete at BTSP, Harold Anderson, is a student at the Wharton School of Business at the University of Pennsylvania. “Harold has gone through really, almost unspeakable hardships from a family perspective,” Mr. Matter recounts. “He was responsible for taking care of his younger brother when he was in sixth and seventh grade. He was able to deal with it in a very elegant manner. He ended up navigating the middle school and high school programming and got into Wharton business as an undergraduate and is set to graduate from the University of Pennsylvania with a degree from the Wharton school. That is a ridiculous triumph.”

Harold Anderson gave an inspirational speech at a Beat the Streets fundraiser in 2017. The link to the YouTube video can be found here.

Beat the Streets has allowed hundreds of children to create better lives for themselves, to ‘positively alter their life’s trajectory.’ The best ways to support the organization are through their website linked here or by giving your time, thought, energy, or talents in-person in Philadelphia. “When I walk into the mentoring center in Philly, I see kids happy to be there, enjoying themselves, studying hard, being committed to making their lives better, and that’s an exciting moment.” described Mr. Matter. “That’s an exciting thing to be able to see somebody enthusiastically approaching life, and trying to make themselves better.”