Why Medicare for All means healthcare for none 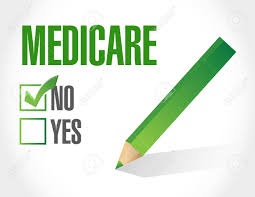 Medicare for All has been one of the largest and most heated debates of the past two years, and it still rages on today. The Medicare for All Act was first introduced in early 2019 by Congresswoman Pramila Jayapal, and soon after a similar bill was put forth by Senator Bernie Sanders. Since then, it has generated massive controversy and division in American politics. The bill has not yet garnered enough support to pass, with moderate Democrats in the House of Representatives blocking the bill from getting to the Senate. The aim of this bill was to provide access to the 27 million people who are uninsured in America. Many have too much money to qualify for Obamacare or Medicaid, but not enough to afford private insurance coverage. Some say that especially in this pandemic, it is important that everyone has insurance in case they come down with an illness. Others argue that as America is struggling to emerge from a pandemic that has overwhelmed hospitals and shook the economy, this is the last time such a plan should be implemented. Although it will give everyone free insurance, Medicare for All will do more harm than good because it will decrease access to healthcare and hurt the economy.

The first reason Medicare for All would hurt the country is decreased access to care. Enacting this bill would mean that everyone has free health insurance, which means that people will go to the doctor for minor injuries knowing it is free. According to Forbes, Medicare for All “would greatly increase the demand for health care. People would visit the doctor’s office for all of their medical issues — no matter how minor. That would overwhelm the medical system, delay care, and lead to worse health outcomes” (Pipes). These increased wait times have been seen in both Canada and the UK’s Medicare for All systems. British patients have to wait 19.8 weeks to be seen by a specialist after a referral from their doctor. In Canada, four million people were on the waiting list to go to the hospital at one point last year. If the US sees an increase in wait times similar to Canada, it is estimated that 25,000 women alone can die each year after never receiving necessary treatment. Therefore, Medicare for All would clearly not solve anything, because more rather than less people would be unable to get treatment.

The second reason Medicare for All would be harmful is because it would hurt the economy, which is the last thing the country needs in the middle of a recession. The first reason this would happen is because jobs are lost, since the private insurance industry would be abolished under Medicare for All. According to Politico, “1.8 million healthcare jobs nationwide would no longer be needed if Medicare for All became law” (Pradhan). Especially since many people have lost their jobs due to the pandemic, more unemployment would just hurt people even more. It is also proven that a 1% increase in unemployment causes a 2% decrease in Gross Domestic Product (GDP), which measures economic growth or loss. The second reason that the economy will be harmed is because of the high price tag of Medicare for All, which is $34 trillion over the next ten years. The CFRB finds that, “Medicare for All would mean increasing federal spending by about 60 percent…Financing a $30 trillion program would require the equivalent of tripling payroll taxes or more than doubling all other taxes.” As a result, the economy would be worse off, as past studies have concluded that taxes under Bernie Sanders’ plan cause a decrease in GDP of 14.7% by 2060. Even worse, it is projected that the next Great Recession could push up to 900 million people worldwide into poverty. For all of these reasons, it is clear that the risk of causing a more harmful economic shock is one the country cannot take.

Proponents of Medicare for All argue that it would provide a more fair system, because even though people have to wait longer everyone will still be allowed to get treatment. However, this is not the case since Medicare for All directly hurts hospitals’ ability to provide care. Medicare for All means that hospitals receive massive pay cuts of $151 billion per year, as Medicare reimburses hospitals much lower than private insurance. This is the last thing they need after being overwhelmed by coronavirus for seven months. According to Modern Healthcare, giving just 22% of the uninsured Medicare will cause 55% of hospitals in rural areas to go bankrupt and shut down (Luthi). This directly harms the 46 million people living in rural America who would not be able to get hospital treatment if they are ill. Overall, having insurance would still be of no use if people cannot go to the hospital to use it, and therefore Medicare for All would decrease access to healthcare.

In summary, even though there is a problem of uninsured people in America, Medicare for All is not the way to solve it. As an alternative, Health Saving Accounts and more tax credits can more help people afford coverage. Health Savings Accounts are bank accounts that people can deposit money into and withdraw to pay for medical expenses. As long as the money is used for medical expenses, the amount of money a person invests is deducted from their taxes, which helps people save money. Passing legislation to stop pharmaceutical companies from charging exorbitant prices on medicines will also help more people get access to needed treatments. In short, improving healthcare in America will require change, but Medicare for All is not the way to do it.